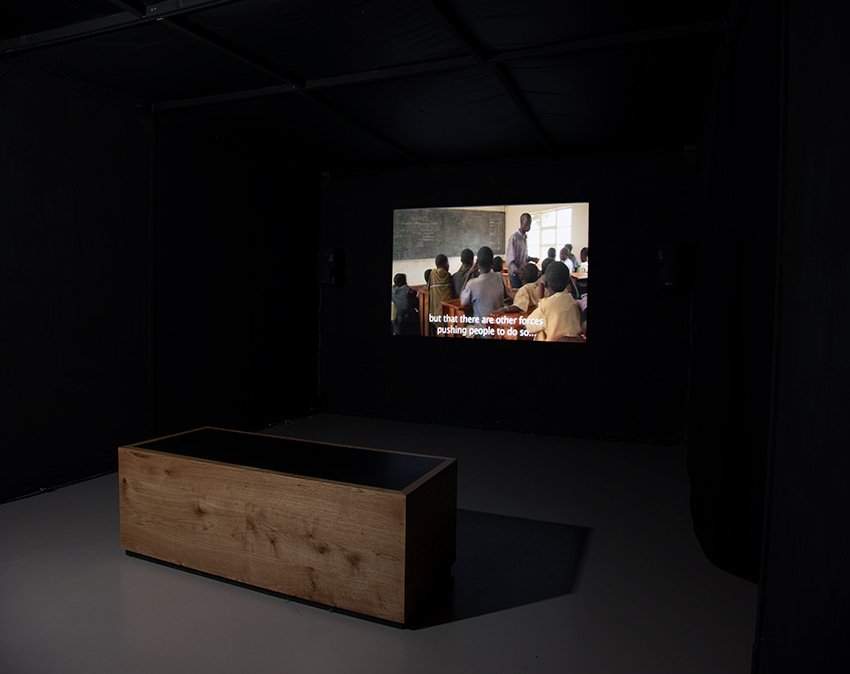 In October and November 2014 Framer Framed will feature an important part of the contemporary art collection of Museum Het Domein from Sittard in its exhibition space at the Tolhuistuin. The exhibition has been named after the key artwork of the American artists Mark Dion (New Bedford, Massachusetts, 1961): Costume Bureau. Through this artwork, the artist engaged with the ways in which human beings represent nature through taxonomy, classifications and museological presentations. Dion’s humerous work generally has a performative quality, as he dons different outfits and adopts different characters in his projects. Costume Bureau brings together various attires that Dion used in his project over a period of 15 years.

Dion’s costume gallery is an icon within the collection of Museum Het Domein, as it represents the way in which artists nowadays have to take different roles and personages that often stretch far beyond the traditional boundaries of art: they have become biologists, anthropologists, archaeologists and other kinds of investigators of their own age.

The project Costume Bureau has been made possible by the AFK (Amsterdam Fund for the Arts) and the Mondriaan Fund.