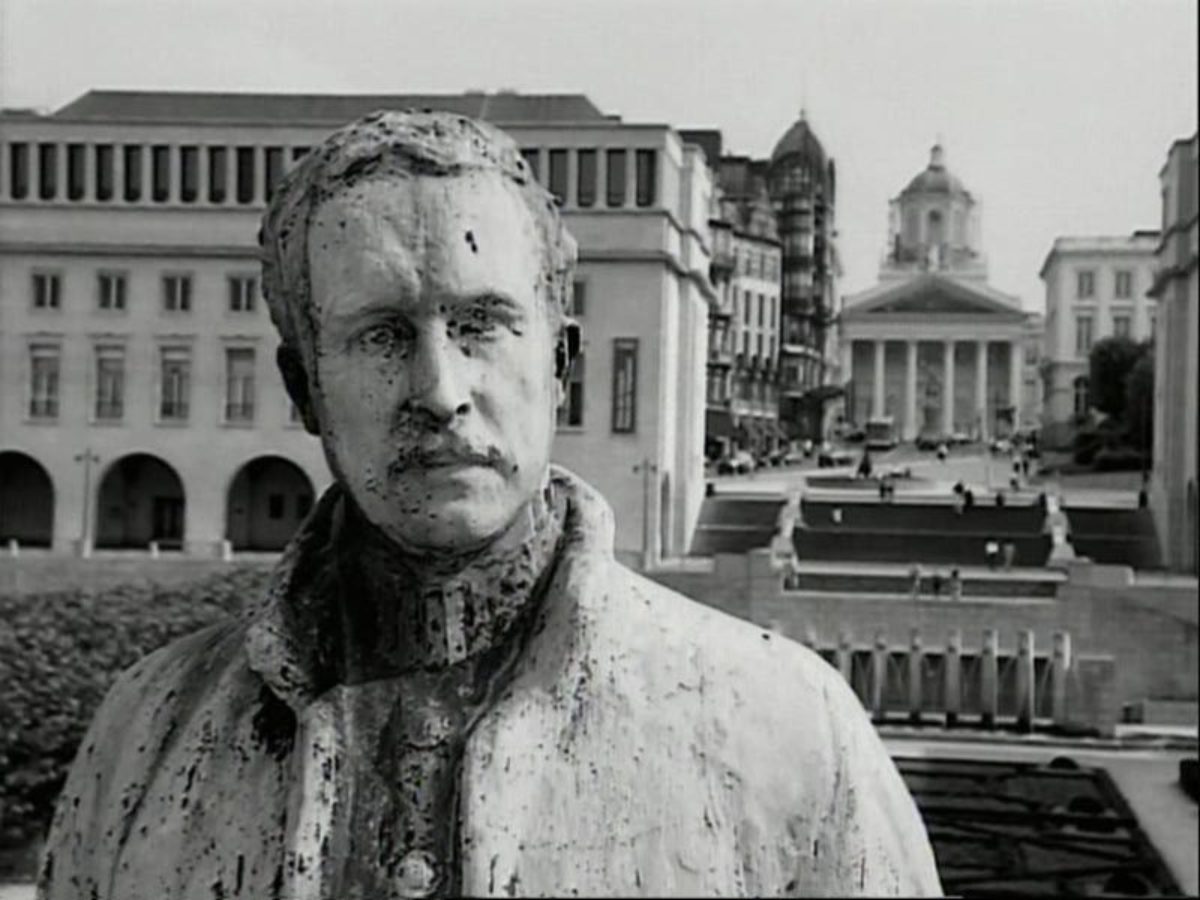 "Portrait of a City" is in keeping with Argos’ aspiration to be a forum that strengthens the critical stance of artists. At this exhibition, Brussels features as metaphor for the metropolis and simply as... itself.

As an art centre, it is not our intention to engage in a polemic about Brussels—indeed, quite the contrary is true. Portrait of a City is an exhibition that seeks to add arguments to the debate, without committing itself to a standpoint pro or contra.

Mara Montoya, Sarah Vanagt and Alexandra Dementieva look with contemporary eyes at the historical city of Brussels. They interpret traces from the past and lend them new meaning. Marie-Françoise Plissart films Brussels from the air—an elevated position that enables her to create a framework in which she fits the complexity of the urban fabric. Emilio Lopez-Menchero and Bernard Mulliez are more activist-minded. Their videos record their performances in which they engage in a direct dialogue with the reality of the city and its inhabitants. Justin Bennet, Mia Sanders, Angel Vergara, Jan Vromman and Ivo Provoost & Simona Denicolai use the city as a scenery and try to create dream worlds. Their unique portraits enable us to see the given space—Brussels—with different eyes.

For this exhibition, we also work together with Franky D.C., who for some two decades has consistently photographed the city; furthermore, we also show a number of works from the collection of the FRAC Nord-Pas de Calais in Dunkirk.